Create your own unique website with customizable templates.
Powered by 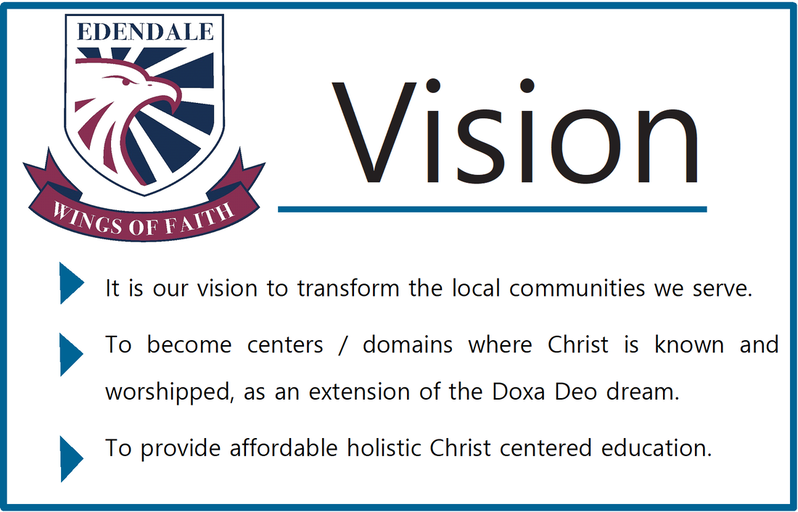 ​After receiving the farm and signing to never sell the land or use it for any other purpose than education, training and upliftment, Edendale School realised that none of this could be done without serious funding. Fundraising would not bring in enough for the realization of the dream.
A plan was put forward for the development of an estate that would serve the community and provide all services and security that would provide an opportunity to the middle class family to live freely in a country environment and have all the necessary education and training on their doorstep.
​
Children could walk or cycle to school, play in the parks and participate in sport and cultural activities without having to be driven around! This project would be on a partnership basis with profit shared between the developer and the Makhulong Edu-Centre. After serious discussions with the bank, they agreed that this was the ideal way to provide a sustainable and considerable income to the Centre in perpetuity to make the dream come true!
​
The Edendale Country Estate will be a community development project that will touch the lives of over 5 000 households and the Makhulong Edu-Centre has committed to drive the vision to reality. In order to sustain the development, Makhulong became part of the Doxa Deo Group who has the same vision and has already developed schools, churches and skills training centres (POPUP) all around Pretoria and other cities in our country, as well as overseas, in London and Auckland. With this and other partnerships (Operation Mobilization, Church groups; local and abroad, Comberton College, Cambridge, UK, Skidmore College USA), this project is bound to prove what can be done if we believe and are focused on hope.
​Our students will:
Edendale Farm, Nooitgedacht, belonged to the Murray family and in the late 1800 early 1900’s, a German mission was started on an 11 hectare portion of the farm. A church was built and in early 1900 a school was started by the wife of the missionary. This school existed as a mission school and when the mission was closed, the school continued under the Bantu Education Department. When Anglo American bought the farm from Murray, for the Promat project, there was an agreement that the “mission school”, then a DET school, would always be “kept alive”.

Promat, an NGO with the mission of providing matric qualification for previously disadvantaged people, as well as doing in-service training for under qualified teachers from DET schools (local and rural), started on the farm in the late 1980’s. They were very well funded and a well-equipped new campus was built on the sight of the mission. Sponsors and donations worldwide were received, even Phil Collins contributed – some of his royalty fees was given to the College.

Promat, however, was not equipped to handle a primary school and PEPPS was asked to take over and privatize the school of 50 learners. R. Prenzler was asked to develop the Edendale Independent School in 1991. The dream started with a vision to have an entire Edu-Centre, home for the homeless, church and leadership as well as skills training on this lovely campus. The little school flourished under the mission of “best education at lowest possible cost for the previously disadvantaged”.

When the provided building became too small, a piece of the farm (11 hectares) was divided and with funding from the IDT, Japanese Government and various smaller donors, a primary school was built. The school moved to the new campus and in 1999 the Primary school enrolled just under 400 learners. Parents requested a High School because their children had to leave the lovely country environment for schools in town.
​
In 2001 the Edendale High School was started and soon the building on the campus became insufficient for further educational development. In the meantime, Promat College started running into trouble after 1994 and eventually stopped functioning in 2001. The beautiful building was standing empty and many “fortune seekers” tried to lay hands on this lovely campus.
​
In 2002 Edendale received permission from Promat to use one part of the campus for the High School. At this point, Standard Bank, who held the mortgage on the Promat campus, had to liquidate Promat because of an enormous outstanding debt. Edendale School started negotiations and drew up a proposal to the bank to allow the campus to continue with the dream of developing a community education and training centre as well as building a church and provide homes for the homeless. After four years of negotiations, the campus, as well as the farm, was donated to Edendale Independent School, now functioning under the name MAKHULONG EDU-CENTRE, the name meaning, “green pasture, place of everything, grace land” (from Psalm 23 in Sotho)!
​